I have eaten my way to the end of the earth and back, I am here to tell you it is not what it is cracked up to be.  I am not a certified dietitian or nutritionist.  Like most of you I read what is trending.  I buy into very little if any of what main stream fitness puts out, however I have made it my business to try some of the more reasonable and popular dietary restricted trends over the course of the past 3 years.  I am here to tell you how they stack up in practical use vs what the industry has suggested to be a healthy way to live.

Like a lot of things in this industry, you have to take the science and research and then experience yourself what works best for you.  Research is not perfect, and doing things yourself while being knowledgeable of your choices can go a very long way.

Here are the 4 different dietary trends I have tried. 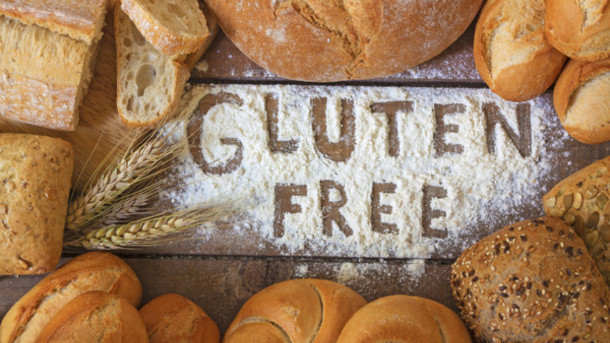 This was such a short term experience that I can hardly comment on anything specific.  I did my best, I really did, but it lasted for about 2 months and I had to stop.  My body was 100% falling apart and I think it was from lack of calories, which really came from a lack of preparation of how intense this was going to be for me.  I tried to get calories from other sources but couldn’t fill it in.  I am fully aware there are high level athletes out there who do it.  They have a lot of muscle and it works for them.  I tried to figure out the key to this one, but it just did not work for me and was very short lived.  All I know is as soon as I went back to meat I felt much better both physically and mentally.  My muscles, joints and overall energy just was zapped without it.  I don’t think meat gives you all these things, I just lacked a good protein source to match my recovery and caloric demands and couldn’t adjust enough make it work.  Maybe I needed to ease in to the idea a bit rather than just stop.  I did make the very clear decision that I will never stop eating cheeseburgers, so apparently cheeseburger’s is where I draw the line.  Like I said, it has to work for you no matter how healthy or good science and or people may claim it to be.  This clearly was not great for me.

Next I moved onto cutting bread and pasta out.  I mostly stuck to the large gluten sources.   At this point I want to say it was 2013 or so and gluten free hit the scene hard.  I read books on it and I bought into the claims and findings on gluten.   The claims were so serious about gluten and our bread that I had to try it out.  Keep in mind at this point I was eating bread with little regard to any health concerns or quantity I was consuming.  Getting rid of pasta, and breads was a HUGE jump for me.  I found the most difficult thing about it was finding calories from other healthy foods to replace the bread.  No bread effected other eating habits immediately.  For example, if I had no bread that meant no cold cuts for lunch which meant no mayo and no cheese.  Looking back on it, those foods now sound so disgusting and unhealthy to me.

PROS: After about a year of going with no bread or pasta, I felt an enormous difference.  I definitely leaned out and lost fat on my body which was pretty lean to begin with.  I did not notice and loss in strength and overall had more energy, better sleep, and I didn’t grind my teeth as much when I slept, I was not puffy in the face and eyes in the morning.  I didn’t realize all these things were happening to begin with until I cut bread out.  I am sure cutting out cold cuts helped out a ton as well.  Those meats are high in sodium and made with preservatives out the whazzoo.  No bread had a huge impact, and to replace the intake I had to rely on healthier and much lighter options.

The biggest pro I had was energy, hands down.  There was no midafternoon crash.  Now that my lunches were lighter and healthier I had much more energy to keep going.

CONS:  I found that I did miss certain things.  If I went to a baseball game and wanted a hot dog or if I was at a party and I wanted a piece of cake I could not indulge.

The Balance:  As for no gluten, and no carbs, I am not so sure it is the enemy when talking about weight loss.  Eating too much is really the enemy for that.  I feel that our bread products are so processed that we do not get the full benefit from it which is a shame.  But that is everything in America I guess.  At the end of the day, what I found with carbs is that life just sucked without allowing myself some bread products every once in a while.  I love pie, I love cheeseburgers and cake.  So what I decided was to really limit how much I was eating and the quality I was consuming.  I was eating something unhealthy like pizza, I didn’t care.  I am allowed to have that every so often.  If I am at a party and pie or cake is there I want to be able to eat it, be social and not feel badly. There was a balance I needed to find and be ok with because after a year of no breads or gluten I could not continue.  I was not winning any rewards and socially it put a damper on things having to turn foods down in a social setting.  I now do not eat sandwiches or eat pasta, but when I want a piece of bread with my eggs I use 7 grain sprouted or Ezekiel bread.  A much better compromise to my daily life when I want that in my meal and the fact that I allow myself the occasional cheeseburger really makes me want it less, and I am happier knowing it is still and option.  It is when I restrict it is when all I could do is think about it.

All I kept hearing about dairy is how it inflames your cells and causes all sorts of problems in your G.I. track.  Another knock on milk is how poorly cows are fed, and injected with hormones which then gets into your milk.  In order to avoid the health risks associated with this it is suggested to get your milk at a local farmers market.  Maybe it is true, maybe it is over stated, but either way I was not going out of my way to buy my milk from a farmers market on the weekend, so store bough milk is what I would drink.

** one thing which bothered me about milk which I would hear all the time (and I swear it came from CrossFit community).  The mind frame was humans are the only mammals who drink milk, and we are not meant to drink milk.  That was supposed to prove that humans are not meant to drink milk.  I don’t know about these claims.  I mean, we are the only mammals who traveled to the moon, eat bread, chocolate etc.  I just never understood how that argument became a legitimate reason as to why we should not drink milk.

PROS:  Cutting dairy out for me I feel had a huge positive impact.  I definitely agree that it inflamed my sinuses, and caused some disruption in my G.I.  I replaced it with almond milk and never looked back

CONS:  No CHEESE!  Are you kidding me?  I am Italian.  Scratch that, I am human.  Cheese is the backbone of America.  Just ask pizza.

The Balance:  I cut yogurt out for good.  Overall it was just sugary and the plain yogurt is awful.  I eat cheese without worrying about it.  I really don’t drink milk at any longer.  I just feel a huge difference every time I try to insert it and its never good.  Every once in a while I put it into my oatmeal, and I eat ice cream because that is something I will never give up.  So dairy is present in small quantities but no longer do I consume it in large portions.

Grains are another food I came across as being heavily thought of as an inflammatory.  I mainly was eating rice and oatmeal.  I also had grain in my 7 grain sprouted bread.  I never have eaten a lot of grains in my diet, but it was there.  I would say rice I ate a lot of at this point.

PROS:  I felt as though more than anything rice and oatmeal just sit heavy and had a way of making me tired.  Not having that feeling any longer was great and well worth it. I didn’t eat them enough to really make a big impact and since it was more of a side food item it was easy to replace.

CONS:  Grains are supposed to be healthy, rice taste great with butter and I just love different kinds of rice.  Other than that I didn’t find any huge con to cutting it out.

The Balance:  Much like everything else, it comes in moderation.  If I do eat rice, even a small amount, I recognize that I ate it by the way I feel the next morning or energy level.  I really cannot say I notice it with other grains, but then again I am not eating a ton of grains.  So this one had a much smaller impact on me than the others, but I do feel as though I am aware of the difference. It is not something I will eat in a large quantity but I am not stressed out if I have it on the side of a healthy meal either.

TO SUM IT UP

What I suggest, is to do what I did.  Get to know your body, listen to it.  Take the things out you feel that might make a positive impact and see how you feel.  Give it some time.  Write down how things feel so you can remember and track it.  Re-insert it after a few months and then you will know if it had a negative impact.  The changes are usually very subtle, but those small changes can make a big difference in your energy level.  I keep about 10-20% of these things in my diet now except for meats which I eat a normal amount of.   I do not go crazy with them because then I feel the effects from them whether I have made it a psychological effect or an actual physical effect I cannot nb bghbn tell you.  But for me they are real, so I stick to my guns and I feel great!

Add exercise to your diet!  Join us at Fast Twitch for various classes including boot camps and strength training.  See our website for class descriptions and schedules